Start CCMA Week off right with the very first KICKOFF PARTY at the Blind Beggar Pub. Country recording artist and CCMA Spotlight Artist Winner Cory Gallant and The Red Dirt Posse will be making their debut appearance at the Blind Beggar in support of his upcoming album, Welcome to My World. He will be joined by Krissy Feniak, Brandon Lorenzo and Bryan Horvat. 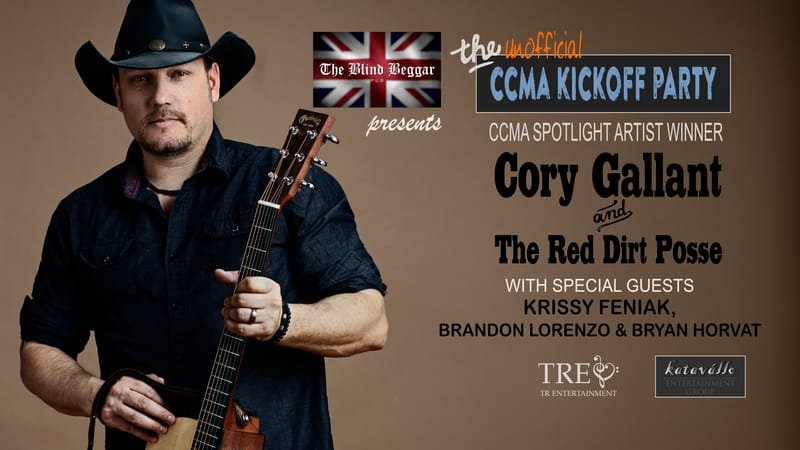