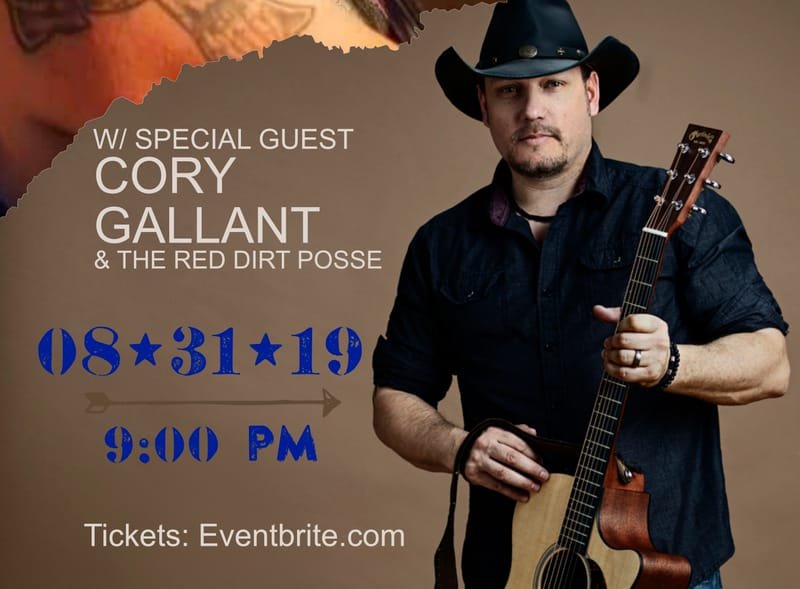 Cory was recently invited on stage to perform with legendary recording artist George Canyon. His album of all original material will be available in May and will include a single written by Nashville artist Chris Janson and Emmy Award winning songwriter Trey Bruce, as well as a duet with Georgette Jones (daughter of George Jones and Tammy Wynette).

Whey sings enough songs to pay homage to his grandpa, but clearly has a style of his own. This incredible mix is what keeps fans coming back for more. His 2019 adventures continue with rodeos, festivals, fairs, rallies, expos and sold-out shows with Kid Rock, Charlie Daniels, Kip Moore, Russell Dickerson, John Schneider, Tom Wopat, Ben Jones and the cast of Dukes of Hazzard with the Good Ol’ Boys Tour as well as the Kin to Legends Tour with Thomas Gabriel (Johnny Cash’s grandson) and Cagney Frizzell (Lefty and David’s nephew).

Whey recently stormed through Nashville during CMAFEST 2018 and made many impromptu appearances in between his scheduled appearances at BB Kings, Celebrity Cornhole Challenge, and Nashville Universe Fan Fair Autograph Signing Booth. A video from his appearance at Tootsies Wild Orchid Saloon on Broadway caught the attention of many causing the video to get 20,000 views overnight and striking the interest of Country Rebel.com, who wrote this article.