CCMA Spotlight Artist Winner Cory Gallant and The Red Dirt Posse will be making their debut appearance at the Roxy Cabaret. Country-rock band Me and Mae will be joining Cory for a high energy show the crowd will be sure to love. 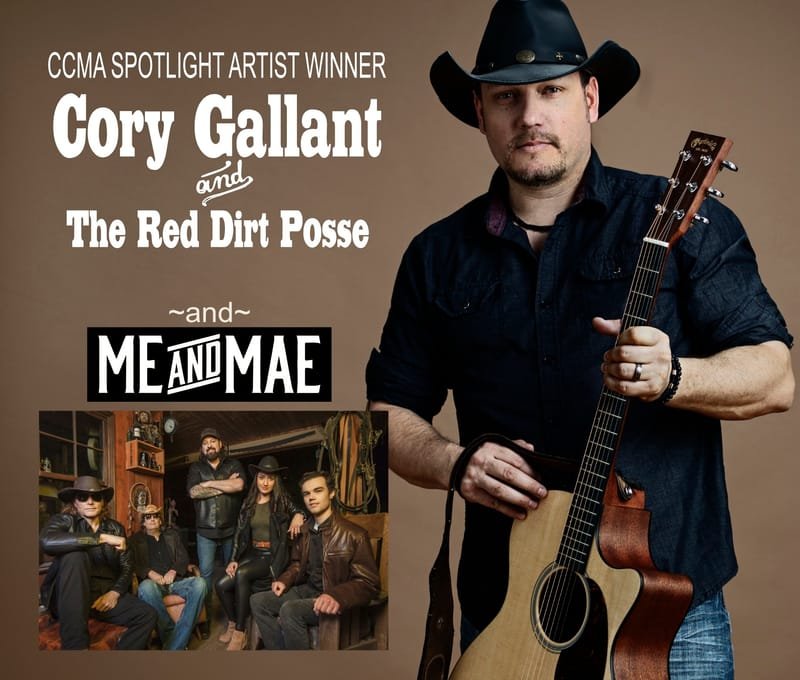 CCMA Spotlight Artist Winner Cory Gallant and The Red Dirt Posse and country-rock band Me and Mae will be performing at the Roxy Cabaret.

For more information about Me and Mae, visit meandmae.com