Country recording artist and CCMA Spotlight Artist Winner Cory Gallant will be making his debut appearance at the Diamonds in the Rough Showcase presented by Sirroma Entertainment and held at the Metropolitan Grill in Calgary, Alberta. 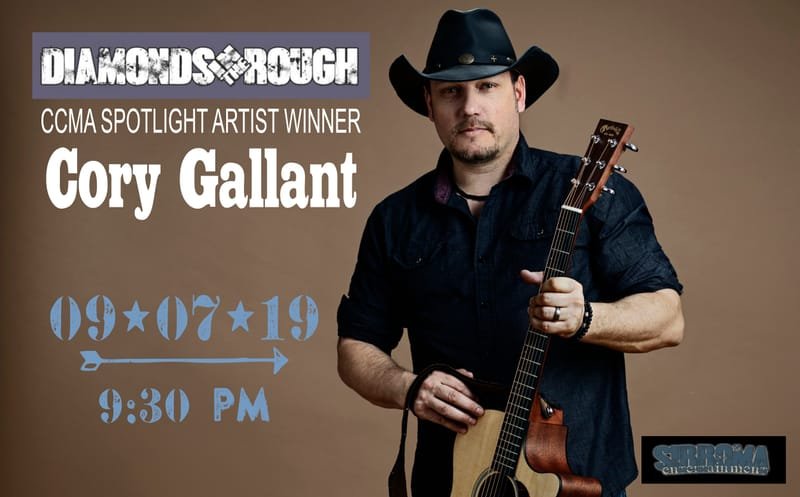 About Diamonds in the Rough:

Diamonds in the Rough Stage was created in 2012 being held in Saskatoon, Sask during Canadian Country Music Week. The vision for this stage came about from watching artists aimlessly wander with no sense of direction during Canadian Country Music week. We felt there was a need to give these artists a direction. This was a stage where they could be seen and heard. Every artist deserves the opportunity to be visible while developing their craft. We believe that every artist given the correct tools and opportunities, will achieve individual success.

Canada has many talented artists looking for opportunities to perform and share their music. Sirroma Entertainment feels that giving artists an opportunity to perform during this prestige week, will contribute to the contentment of artists, reassuring them that their contribution to the Canadian Country Music Industry is appreciated.