Reserve your tickets/campsite for this incredible music-filled three day festival by calling (343) 264-2468. 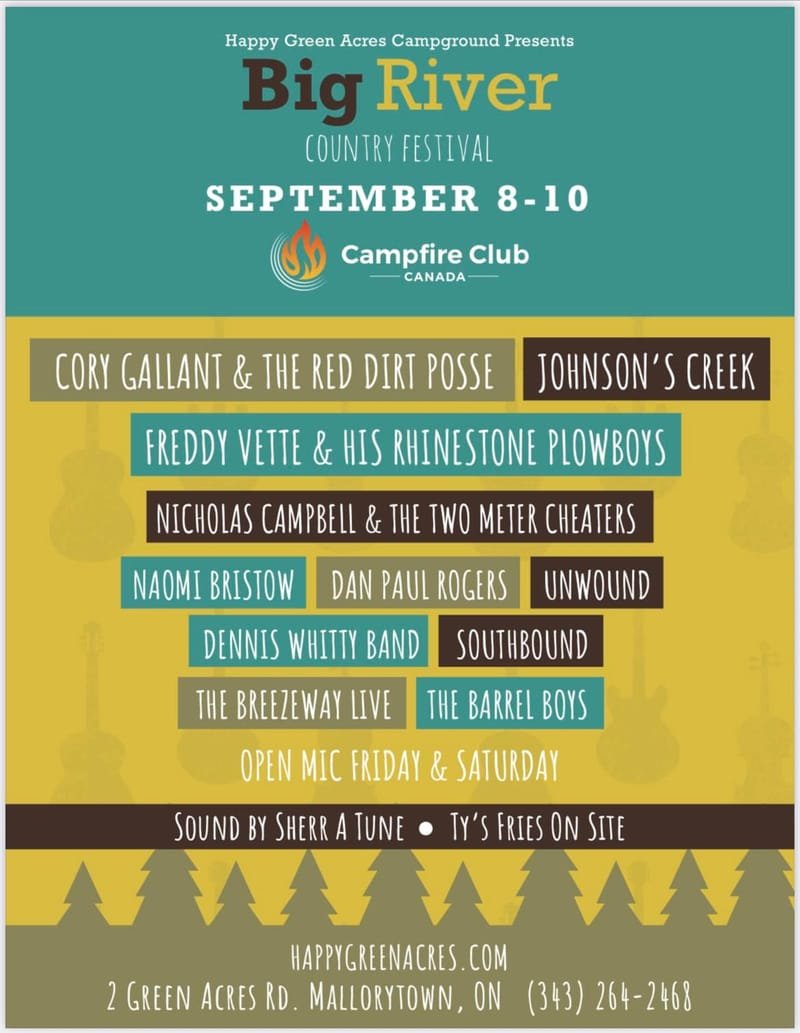