Canadian country recording artist and CCMA Spotlight Artist Winner Cory Gallant and The Red Dirt Posse will be returning to Loco Billy’s in support of his upcoming album, Welcome to My World. Canadian country-rock band Me and Mae will be Cory’s special guest. 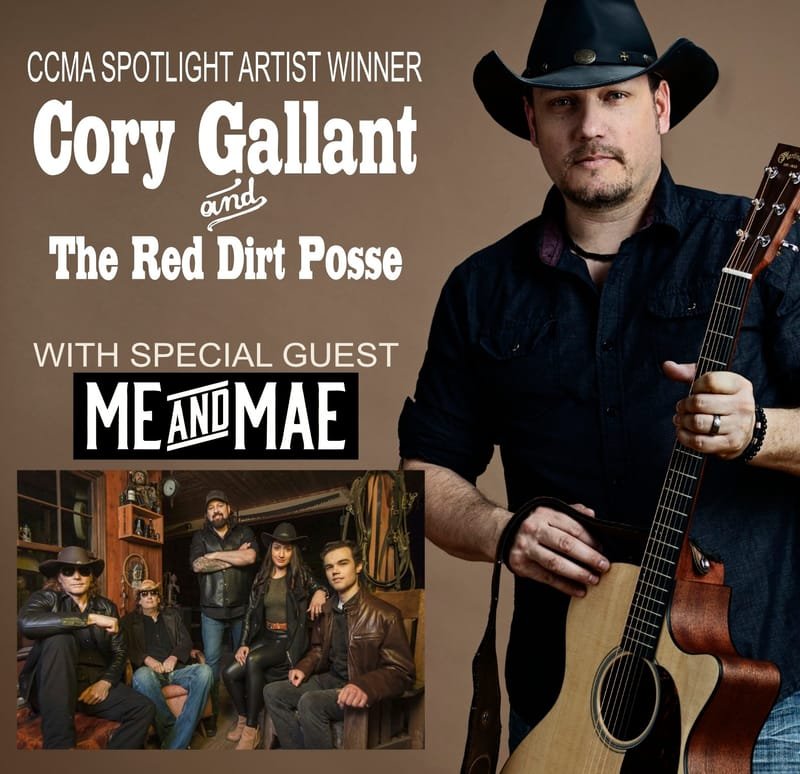