Join Cory Gallant & The Red Dirt Posse for their first visit to The Queens Hotel for an exciting and entertaining night of country music. With special guest Robb Watts. Presented by PureGrainPromo. Tickets $10/each. Show is 19+ only. Doors open at 6pm. Rob Watts & his band – 6:00 pm to 7:15 pm Cory Gallant & The Red Dirt Posse – 7:30 pm to 9:00 pm 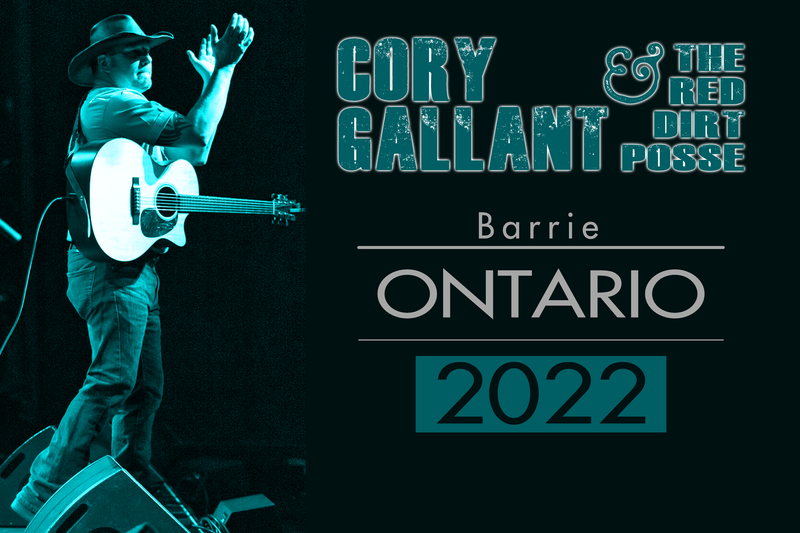 Cory Gallant’s modern, yet traditional sound brings the best of 90s country to the 2020s – think Tim McGraw meets Luke Combs. After winning the 2018 CCMA National Spotlight Contest, he earned several awards and nominations for his debut album, including 2020 Music PEI Entertainer of the Year. Down home charm meets saloon party when Cory is on stage, whether it be solo or with his rockin’ band, The Red Dirt Posse.

His country roots run deep, being raised on the outlaw sounds of Waylon Jennings, George Jones, and Merle Haggard. He is just as passionate about the genre to this day. Cory’s currently working on his sophomore album, to be released early 2023.

The Rob Watts Band prides themselves on a high energy, crowd-involved, show and put their heart an souls into each and every performance. Rob found his love for country music at a young age, as he recalls his parents always having it on at the cottage.

In 2018, Rob and his band made a career dream come true by playing the Main Stage at Boots and Hearts, kicking off the final day of the festival.