Join Cory Gallant & The Red Dirt Posse for their first visit to Atikokan, ON for an exciting and entertaining night of country music. Presented by Atikokan Entertainment Series. 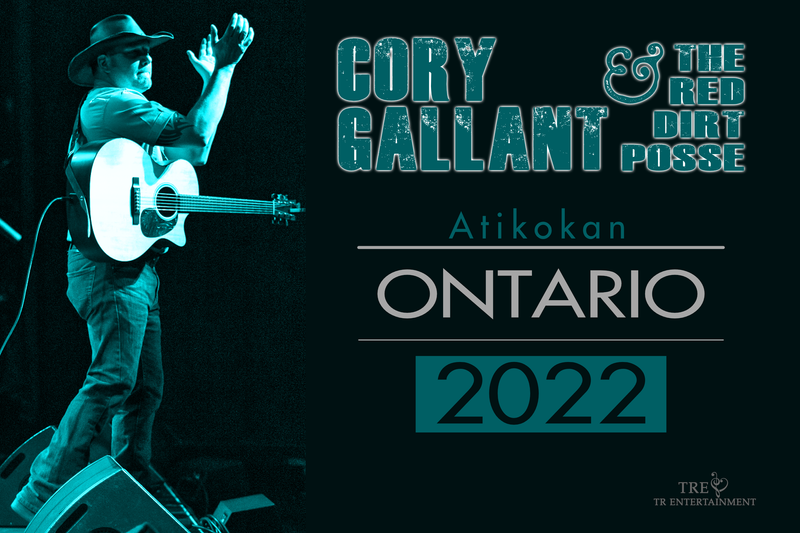 Cory Gallant is determined to make every night feel like Saturday night with the summer release of his third radio single, “Daddy Was Saturday Night” (written by Ken Flaherty and Tyler Whelan, produced by Jason Barry). This rockin’ country tune will be a surefire way to celebrate summer and get everyone out on the dance floor.