Country recording artist and CCMA Spotlight Artist Winner Cory Gallant and The Red Dirt Posse will be making their debut appearance at Carrigan Arms in support of his album, Welcome to My World. Hosted by Colin Connors. 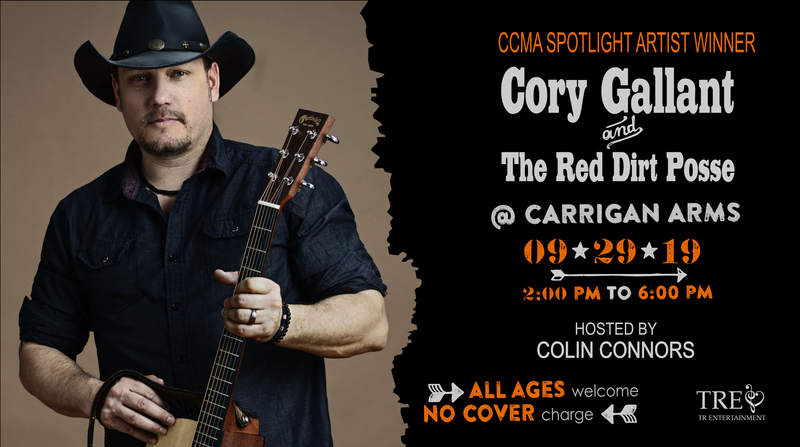 No cover charge. All ages welcome.

Cory completed his second international tour in August 2019 with dates in British Columbia as well as Washington and Oregon state, including his second sold-out show in Ashcroft, BC. The August tour also included a show in Portland, Oregon as the support act for Whey Jennings, Waylon's grandson.