Country Sundays at Carrigan Arms featuring Cory Gallant. This all-ages show is free and hosted by Colin Connors from 2 p.m. to 6 p.m. 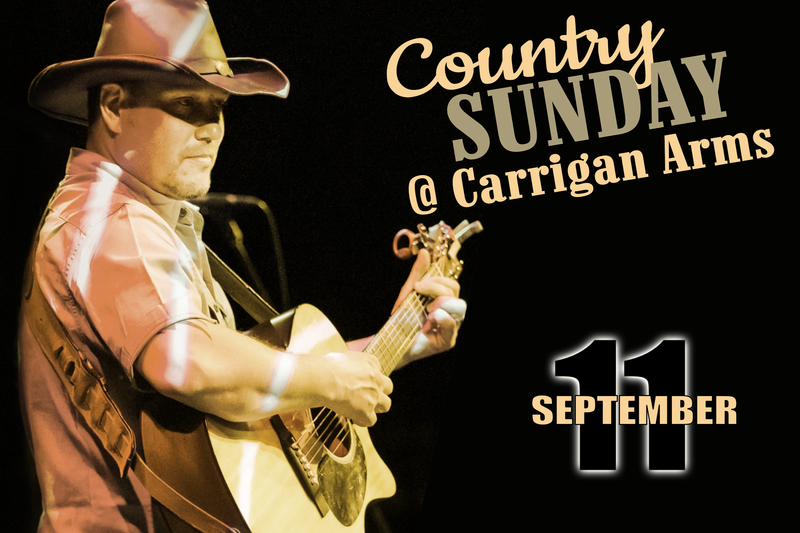