Join Cory for a solo outdoor show at the beautiful Bloomfield Provincial Park. Free admission. Bring your own lawn chair or blanket, if you'd like. 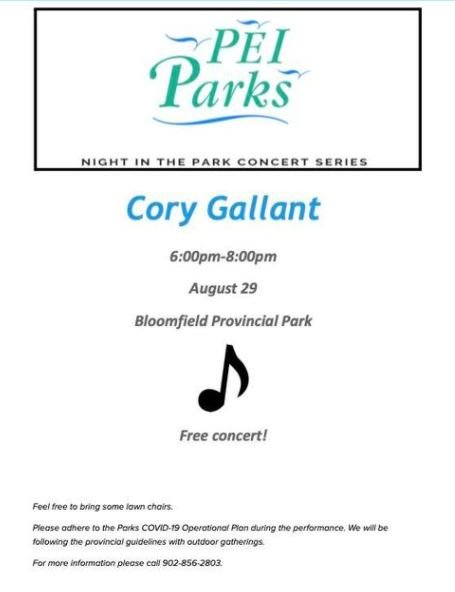