Join a talented line up of country acts at the Evergreen Country Music Festival. Call for tickets 506-878-1163 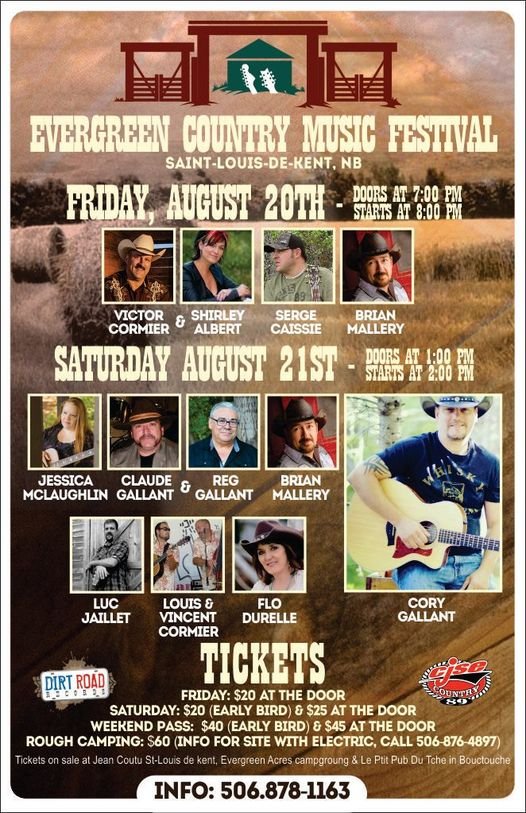